We just received an update from YouTube today where ABCNews confirmed that the 20/20 special will air this coming Friday {Sept 23,’11} at 10pm Eastern Time!  I looked on my Tivo and it shows 9pm here in Utah.  For those of you loyal fans, be sure to check your schedules and set your DVR’s to “record” and those of you outside the US can watch a replay of the episode on the 20/20 website.

Many of you were already aware if you watched our Pretzel Twist Messy Bun tutorial, that ABCNews sent a crew to our home in June to film our family.  They had already filmed the entire show and were in the final edits when our channel won YouTube’s May “On the Rise” contest.  The head of YouTube PR took note and quickly called the producer to see if he would consider adding our channel to the program.

He agreed, and the next week they flew a crew out to our home.  The process took about 9 hours, including set up and breakdown.  Filming took place for about 4-5 of the hours. 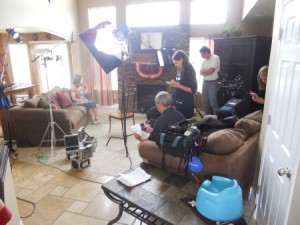 We were told today that we appear in the 4th segment {each segment is 8 minutes long}.  In our segment, 20/20 focuses on three mommy success stories using YouTube to share their talents.  We are realistic with our expectations, as we could appear in the segment for anywhere from 30 seconds to maybe 5 minutes, but we are excited nonetheless!  We are also extremely hopeful that the edits are favorable to us!  You always worry when you open up your family to the world in that way! 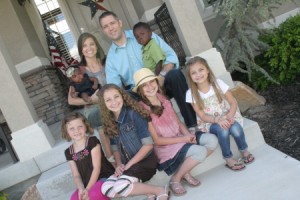 If any of you plan on tweeting during the program, as I will, please use the following hashtags… #CuteGirlsHairstyles, #GenerationYouTube and feel free to mention @YouTube, @ABC2020, and us @CuteGirlHair!

We want to thank YouTube, Abbi Tatton {Manager, Global Communications and Public Affairs at Google}, ABCNews and 20/20 team, Adam Sechrist {Segment Producer at 20/20, who quickly made room for our family}, my parents who helped watch the kids, my friend Jenny from ShowMeCute who staged my home, and my friend Dawn Weidauer who dropped everything to do our makeup!  Most importantly, we want to thank all of you wonderful fans for supporting us over the past three years!  We absolutely love you!