Several months ago we uploaded our 1st version of the Katniss Braid, long before the movie came out. The movie was a blockbuster smash, and everyone was amazed at the hairstyles seen throughout the film!

Right after the premier, Linda Flowers, the lead hairstylist on The Hunger Games movie set, began searching the internet to see what people were saying about her hairstyles.

In fact, Linda was so amazed at how the Katniss Braid was becoming a “symbol”, so much that teen girls worldwide and their friends were wearing the braid to see the movie in theaters! She found us on YouTube and recognized that CuteGirlsHairstyles had a huge hand in helping teach literally thousands of our fans how to do the braid!

As such, Linda reached out to us and offered to give me a personal tutorial of the many Hunger Games hairstyles over Skype! 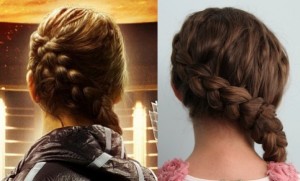 During our tutorial, I quickly saw that the Katniss braid had a little more prep work to it than I had originally thought! Linda showed me how she added the texture into Jennifer Lawrence’s hair “before” she created the Katniss braid {something I had not figured out}.

She uses a tool called the TopStyler® {by InStyler®} to add volume and stranded twists into the diagonal Dutch braid. From the leaked photos prior to the premier, many thought that there was maybe one more strand added into the braid… and this was the reason why. You can see exactly how to create this texture by viewing the tutorial below. 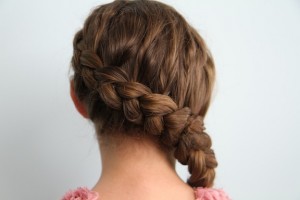 I appreciate that the TopStyler uses a slow and uniform transfer heat to curl the hair, rather than the immediate super hot heat a curling wand provides that only heats the outside of the strand. It also allows for the curl to stay in much longer. 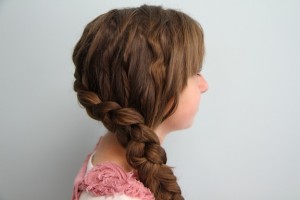 This is the exact look Katniss wore throughout the arena scenes in the movie, taught to CuteGirlsHairstyles personally by the one who created it… Linda Flowers! Hope you enjoy it!

{You can find the TopStyler at Target, Bed Bath & Beyond, Ulta, or Amazon online.}

* ~ * ~ * ~ * ~ * ~ *
FTC Disclosure: I was provided this TopStyler® tool free of charge by InStyler® for review purposes only. No other forms of compensation were provided to CuteGirlsHairstyles. All opinions of the product are strictly mine, and results may vary. 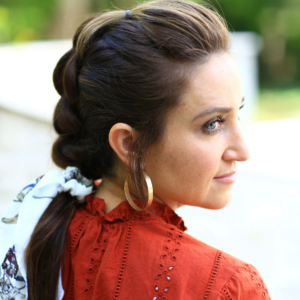 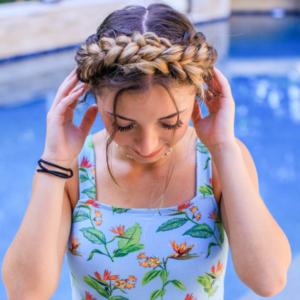 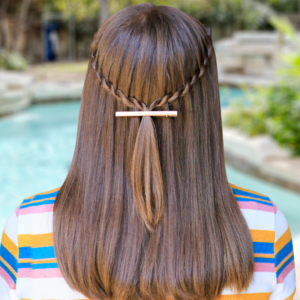